Getting Started with Advocacy

Thank you for your interest in bringing an end to one of the most draconian relics the War on Drugs has brought upon millions of cannabis users—the marijuana drug test.

During the Coronavirus 2020 pandemic, state governments throughout the nation have declared cannabis dispensaries as safe and essential businesses.

Despite this acknowledgement, the damage that results from cannabis drug testing continues: people lose their careers and livelihoods, government officials steal their children, many lose access to helpful prescription medicines, students lose scholarships and miss out on extracurricular activities, some people become homeless.. and some people commit suicide.

With the wave of reformation that has taken place across the nation with the acceptance of cannabis, it is time to reaffirm your Fourth Amendment Right against unreasonable and unwarranted searches and seizures of your bodily fluids. No one has the right to violate your privacy without probable cause and no one should be punished for using a natural herb that heals and nourishes the mind, body, and soul.

We’ve taken efforts to make this process as streamlined as possible in order to save you time. Listed below, you will find a form where you can search for and contact the local representatives in your area. We encourage you to use this tool and locate your representatives’ profiles on senate.gov and house.gov and let them know that it’s time to end cannabis drug testing.

We’ve also set up a change.org petition to help raise awareness about cannabis drug testing. We hope that you will take the time to sign this as well because NOTHING WILL CHANGE UNLESS YOU TAKE ACTION.

Use this form to locate representatives in your area. Don’t forget—they work for you.

“The right of the people to be secure in their persons, houses, papers, and effects, against unreasonable searches and seizures, shall not be violated, and no Warrants shall issue, but upon probable cause, supported by Oath or affirmation, and particularly describing the place to be searched, and the persons or things to be seized.”

Unwarranted Drug Testing violates every person’s core Privacy and Due Process Rights set forth by the Fourth Amendment of the Constitution. For decades, it has been used as a tool to justify discriminatory policies against millions of citizens within the United States – especially minorities and people of color.

In the 1980s, the Reagan administration began to heavily promote workplace drug testing with “Reefer Madness” mentality and false propaganda. Seemingly over night, drug testing proliferated from safety sensitive jobs to non-safety sensitive jobs. Politicians then created financial incentives for companies to create and enforce the pre-employment drug test – where you are presumed guilty until proven innocent for no reason. Today, suspicionless drug testing of public high school students takes place and doctors throughout the nation use “medication contracts” to force their patients (many of them veterans) into taking a urine drug test in exchange for medications.

Based on our data and research, it has been determined that the average person who smokes cannabis once has a failure rate of 50% at 12 days. It is also the only substance on the standardized SAMHSA 5 Panel Drug Test (used throughout the country) that can be detected for more than several weeks. This is due to the non-polar, hydrophobic nature of cannabinoids at the molecular level. When consumed, the fatty tissues in our bodies attract and soak up these molecules like a sponge, then slowly release them back into the blood stream over time for metabolization. This, unfortunately, ensures a very long detection window that has been exploited for capital gain. Without drug testing for cannabis, which doesn’t prove if a user was under the influence at the time of the test, the pharmaceutically owned, six billion dollar drug testing industry that exists today would collapse.

Ethnic discrimination and drug testing is an issue that needs attention in the United States. After normalizing nearly a decade of our drug test submission data with an Ethnic Population Distribution Report and then cross-referencing with labor force characteristics from the Bureau of Labor Statistics, it has been determined that –nationwide– if you are Black or African-American, then you are nearly 1.3 times more likely to be drug tested for any reason, including random. In several states, minorities are 2-3 times more likely to be drug tested.

These findings corroborate with the well established fact that on average, a Black person is nearly four times more likely to be arrested for marijuana possession than a White person, even though both groups use marijuana at similar rates.

Likelihood of Being Drug Tested by Ethnicity (Nationwide) 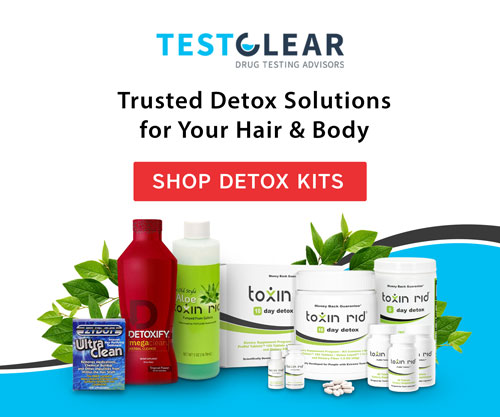