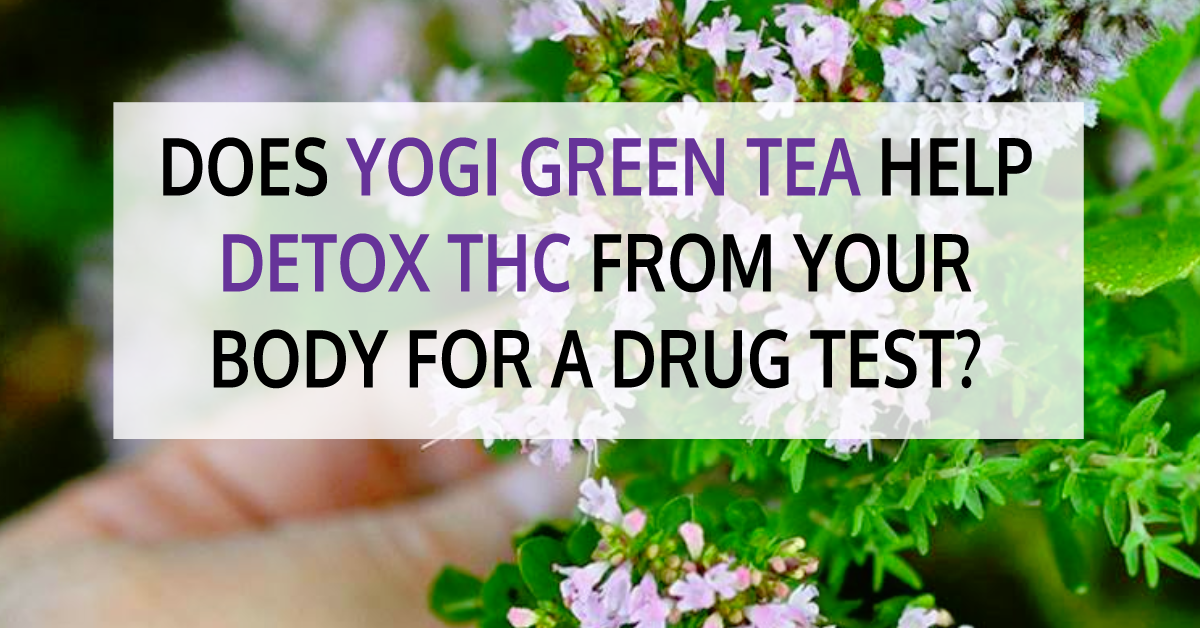 In a time where green tea(such as Yogi Detox tea) has been proven to offer tons of health benefits, a section of the stoners’ community strongly suggests that it could also help in detoxing and flushing THC metabolites from their system ahead of a drug test.

We’ve heard of people who’ve beaten the test by consuming this magic drink.

But unlike most people’s belief, green tea works by diluting your urine.

It does not do a thing to remove the THC metabolites in your body.

In this article, we’ll explain to you why and how green tea works for some people and the scientific justification behind that.

How People Think Green Tea Flushes THC Out Of The System

People who tout the ability of green tea to help in passing a urine test say that you need to abstain from weed for two days.

During these two days, you need to eat or drink nothing but Green Tea plus gallons of water.

This supposes that Green Tea can help in flushing out THC from the system.

Keeping in mind that some THC metabolites are held in fat cells, this method technically suggests that Green Tea will burn the fat cells to release the metabolites stored in them for removal through urine.

But how true is this? Does Green Tea boost the metabolism of fat?

To understand the effects of Green Tea on metabolites, we’ll need to dig into its components and then investigate how each of them affects fat metabolism.

Green Tea Components And Their Effects On THC Metabolites

This tea contains several ingredients with Polyphenol catechins and caffeine being the key ingredients.

Some studies, not all of them, prove that these 2 components promote weight loss by boosting fat metabolism.

In the next section, therefore, we’ll be looking at the rationale behind these claims and whether these ingredients could help in flushing THC metabolites.

Also known as tannins, these components are responsible for giving green tea is the astringent flavor.

There are a lot of studies that suggest that the catechins in Green Tea mostly ECGC (Epigallocatechin gallate) do help in body fat reduction in humans.

A study recorded in the American Journal of Clinical Nutrition aimed at investigating whether ingesting green tea rich in catechins could lead to a reduction in body fat.

This 12-week experiment involved 38 Japanese males with a bodyweight ranging from normal to overweight.

The subjects were divided into 2 groups each with similar waist circumference and BMI distributions.

At the end of the 12 weeks, results showed that the group that consumed 690mg of catechins had a significant decrease in BMI, body weight, and waist circumference distributions than the controlled group.

This study highly suggests that the catechin in Green Tea could increase fat oxidation.

Another study published in the journal of National Institutes of Health (NIH) also showed an increase in fat oxidation with the intake of high doses of catechin-rich oolong tea than with lower doses.

However, although small and frequent doses of Green Tea Extract have been found not to spike up fat oxidation, the researchers also note that to date, the exact amount of green tea required to fasten fat metabolism isn’t yet clear.

On the same note, no study is yet to prove that the catechins in Green Tea are responsible for the increased oxidation of fat.

Let me explain this further.

Catechins that boost fat metabolism are said to do so by directly inhibiting Catechol-O-methyltransferase (COMT).

This is an intracellular enzyme found in all mammalian tissues. Its role is to degrade catechol compounds.

Consequently, this may lead to an increase in the Sympathetic Nervous System that is responsible for stimulating the fight-or-flight response.

It is thought that this may lead to an increase in fat oxidation.

Unfortunately, there is no solid evidence that the COMT inhibition mechanism is responsible for the oxidation of fat in humans.

Again, even if the COMT enzymes degrade catecholamines, the relationship between their inhibition and increased fat oxidation is an assumption that most researchers make.

Also, there is still a lot of research that needs to be done on the exact location where the COMT mechanism takes place in the body.

If you’ve browsed the recent literature well enough, you must have come across lots of studies that prove that caffeine does help in weight loss.

They claim that caffeine jumpstarts lipolysis – when your body breaks down free fatty acids for metabolism.

This begs the question. Does the caffeine content in Green Tea also boost fat metabolism?

In the study that we’ve just looked at above, researchers wanted to investigate whether caffeine-rich and decaffeinated GTE capsules work differently in altering the fat metabolism in human.

The results showed that there wasn’t a significant difference between the 2 capsules.

This means that the effects of Green Tea extract in fat metabolism are independent of the caffeine content.

Can Green Tea help in flushing out THC metabolites from your system?

However, it is not yet clear whether it might have the same effects in humans.

The fact that passing a drug test requires accuracy and urgency (in most instances) makes the consumption of green tea very unreliable when preparing for a drug test.

So, to answer the question above, Green Tea won’t be of much help if you hope to shed fats in a bid to release the THC held there.

But wait. There is a proven way of using Green Tea to pass a drug test.

How And Why It Can Work

One possible reason why green tea might work in helping you beat a urine drug test is that it is a diuretic.

As WebMD explains, although green tea has about a third of the caffeine content found in coffee, you could actually get dehydrated if you consumed too much of it.

For those who might not be quite sure of this term, a diuretic is something that stimulates urination.

As the body excretes more water through urine, you get the urge to take more water.

Consuming large amounts of water dilutes the concentration of the THC metabolites in your urine sample to below the detectable levels.

This could help you pass the test.

The Green Tea method is a dilution method. Dilution is an easy, cheap, and proven way of beating drug tests.

However, albeit seemingly easy, this method requires a degree of expertise since consuming too much water (or any other liquid) some hours before the test also alters the gravity and creatinine levels in your urine sample.

Labs test for these values first thing during a test.

Therefore, using the dilution method the wrong way could lead to a repeat test where you might be required to collect another sample under supervision. 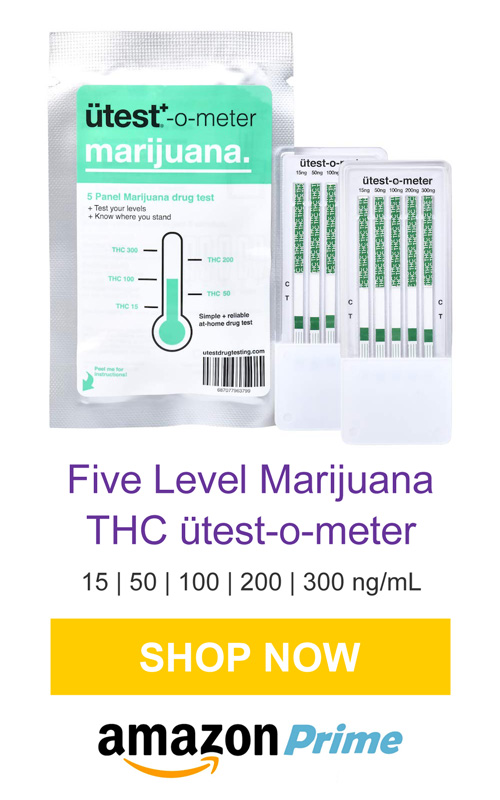