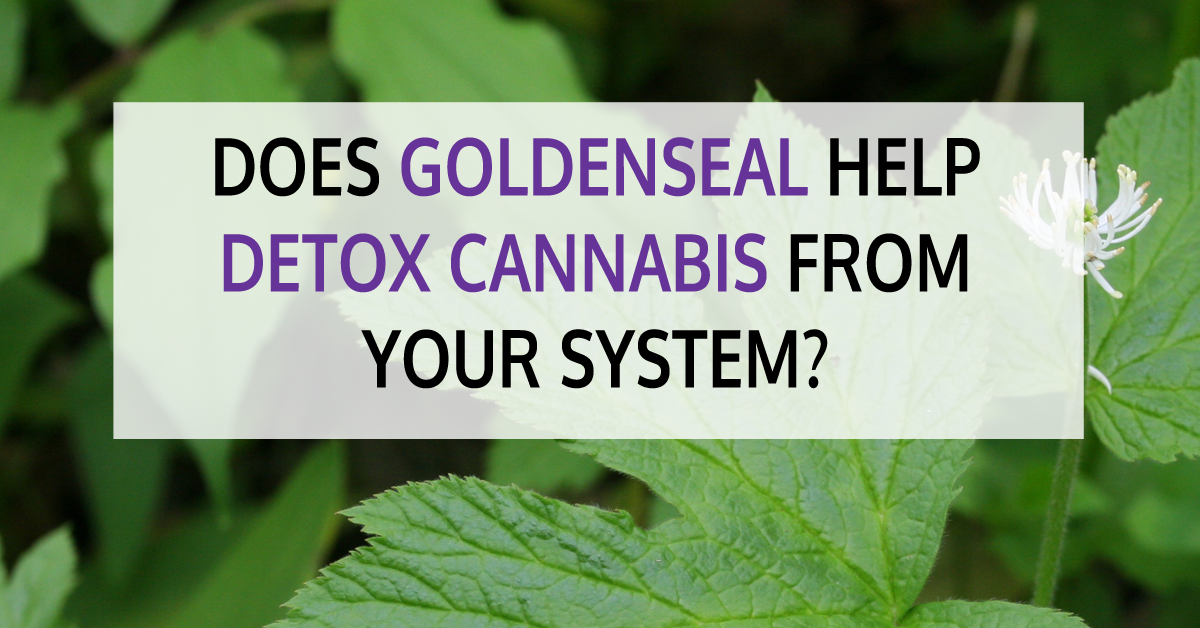 Goldenseal is amongst the most commonly used home remedies that are used for passing drug tests.

Goldenseal is generally an herb, whose roots are used to prepare a mixture or pills helpful to pass urine tests of marijuana(weed) and tetrahydrocannabinol (THC), which is the main active ingredient of marijuana.

Science Behind The Method

Goldenseal herb was used for a long time for medicinal purposes, such as its diuretic effect and anti-inflammatory effect on the mucous tissues, as well as digestive disorders and respiratory infections.

Also, goldenseal contains a main active ingredient known as berberine, which helps prevent bacteria from sticking to the walls of the urinary tract, such as E.coli.

The same way, goldenseal is thought to help pass drug tests of marijuana and its metabolites through preventing those substances from being stored in urinary tract passages, resulting in increasing the rate of excretion of both marijuana and metabolites, which causes urine tests to show negative.

What Do You Need

In order to pass drug tests by goldenseal method, it’d be very helpful to consider using 3 different preparations along with each other, including goldenseal’s capsules/or tablets, tea (solution) as a drink, and tincture as a gargle, so that you increase your chances of showing negative in urine, saliva, and blood tests.

All those preparations should be mainly composed of goldenseal’s roots.

There is no sufficient scientific information, in regards to comparing the effectiveness of fresh goldenseal to that of the powdered form.

That’s one of the reasons you need to consider taking different preparations, as mentioned above.

Generally, marijuana users need to take 3-4 teaspoonful of goldenseal powder daily, as shown below. However, that can differ from a person to another.

Some can need more to pass the tests.

It is advised to take goldenseal for a week before drug tests. You can use goldenseal’s method in different ways at home, including:

Importantly, some people may be allergic to the goldenseal herb. If so, that will show up as allergic reactions, such as skin rash.

In such a situation, please, stop taking goldenseal immediately. That’s why it’s advised to take as less as possible for the first time to make sure that you’re not goldenseal-allergic.

However, some users may experience colic and general intestinal discomfort post-administration.

Also, both pregnant and breastfeeding women are advised to avoid goldenseal method at all, as it was noticed that goldenseal administration resulted in brain damage of babies, as some harmful substances contained in goldenseal herb passed the placenta, and affected the brain of the fetus.

This method is not reliable because not only the results of goldenseal method; but also those of all methods used for passing drug tests mainly depend on individual factors that determine how long drugs stay in your system.

Those factors differ from a person to another, including:

Amongst the drawbacks of goldenseal method is the need to ensure purchasing original herb; not adulterated with other filler ingredients, such as starch that is 100% useless, in regards to drug tests.

That’s why you need to ensure purchasing from a reputable seller.

One more drawback of goldenseal-method results from the increasing use of goldenseal method itself, as some nowadays order tests specially developed to detect goldenseal in the system.

In case, goldenseal is detected, a flag is raised, and further investigation may be applied.

Also, people considering goldenseal method need to drink plenty of water as much as possible; otherwise, drug tests are likely to detect marihuana or its metabolites in your urine.