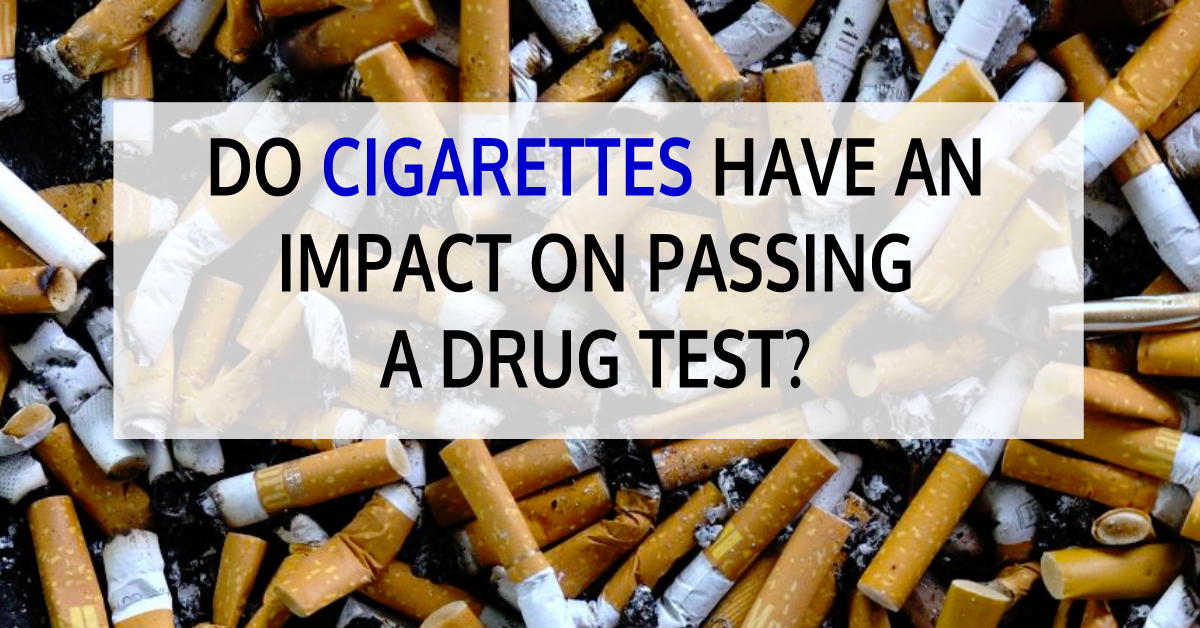 The relationship between smoking cigarettes and its effects on weed detoxification is quite perplexing. But what we find rather strange is that there aren’t a lot of studies around this issue despite it being a major concern for most people.

All in all, there are 2 conflicting opinions when it comes to answering the question on the impact of smoking cigarettes on marijuana detoxification.

On one side, most people fear that smoking cigarettes might make it hard to flush out marijuana metabolites ‘trapped in the body.’

On the other hand, others will tell you that since cigarette smoking is linked to weight loss, it has the potential to boost weed detoxification.

To better understand the relationship between these 2, we’d need to understand several key aspects;

You probably know what marijuana detoxification is: the process of washing suspicious cannabis metabolites from the body.

While detoxification is commonly viewed as ‘something that an individual needs to do to get clean’, it actually refers to a natural process through which the body gets rid of toxins through the liver, kidneys, lungs, lymphatic system, skin, and hair. What reliable detox kits and diets do is boost this process so the toxins can get out much more quickly.

According to LabCorb’s Drugs of Abuse Reference Guide, THC (tetrahydrocannabinol- the key active ingredient in marijuana) is detectable in urine for up to 2 days for first-time users, and up to 2 months for chronic users.

This is the time frame within which your system will naturally cleanse itself of the drug metabolites. How long the body takes to get rid of THC metabolites depends on a few factors including frequency of use, the amount of weed consumed, and your rate of metabolism among other factors.

How Weed Is Stored In The Body

When you consume marijuana, THC gets into the bloodstream where it is distributed all around the body. According to an extensive review published in the Iranian Journal of Psychiatry, after absorption in the blood, THC is rapidly distributed to many body tissues including brain, liver, lungs, spleen, and body fat.

Debit to THC’s high solubility in lipids, your body fat acts as the main storage tissue for THC. The THC stored in fats is eventually released into the blood where it is transferred to the liver for excretion.

However, it’s important to note that if you have a higher fat percentage and consume more grass, THC metabolites tend to be stacked against each other in your fat cells. This means that the more fat you have and the more weed you take, the longer your liver will take to flush out THC and its metabolites completely.

How The Body Deals With Nicotine And Its Metabolites

10 seconds after taking a puff of cigarette smoke, nicotine (the key active ingredient in cigarette) is absorbed into the bloodstream through the mucosal lining along the nose and in the mouth and lungs.

Once in the bloodstream, nicotine goes to the brain to deliver its fix before being metabolized into the metabolite cotinine. Cotinine is eventually excreted through urine, saliva, and hair.

The American Association for Clinical Chemistry says that it takes over 2 weeks for a smoker’s cotinine levels to drop to levels within which one would be considered a non-smoker (10 ng/ml).

But experts are also quick to state that how long nicotine and its metabolites take to leave the body depends on a few factors including;

In most instances, individuals on a weed detoxification regimen substitute cigarette in an attempt to suppress the temptation to light a joint.

Sure, this might help since several lines of investigation now prove that nicotine and cannabis target similar dopaminergic pathways.

This means that if you have a cannabis use disorder (CUD) that causes uncomfortable withdrawal symptoms, increased cigarette smoking may help you manage even though it won’t cause the High feel.

Cigarette smoking is also said to help to promote marijuana detox due to its perceived ability to calm the user’s nerves and dealing with anxiety- a major marijuana withdrawal symptom.

It’s A ‘Joint’ Problem, Though.

Although smoking multiple cigarettes may help you deal with the aftereffects of marijuana cessation, it is a complicated relationship and the intended results may not always be achieved.

Actually, several other studies cited in the above article also show that cigarette smoking the strongest predictor for a failed marijuana detoxification regimen among subjects.

It’s not hard to understand why smoking cigarettes may interfere with your attempt to do marijuana detoxification successfully.

To begin with, nicotine is much more addictive than THC and, therefore, acts as a gateway to cannabis use (reverse gateway is also evidenced, though). That’s to say that while it may seem to work at first, smoking cigarettes only heightens the desire to use weed down the road.

Second, even if you successfully suppressed the urge to light a joint this way, note that nicotine- among other byproducts of smoking cigarettes- only adds to the toxin level in your system.

While research is necessary to find out the impact of nicotine on weed detoxification, it’s common sense that nicotine and its metabolites only add to the toxins that the liver is supposed to get rid of in addition to the stored weed metabolites.

Cigarette Smoking Has A Skinny-Making Reputation- Can’t It Boost Weed Detoxification This Way?

Studies show that it’s true that cigarette smoking leads to weight loss. In fact, most teens who think that they are overweight are lighting up to shed some calories.

Smoking is thought to lead to weight loss by forcing the heart to beat at a slightly higher rate thereby increasing the metabolic rate.

Nicotine in cigarette has also been found to work in the brain to suppress appetite thereby reducing a smoker’s caloric intake. Increased metabolism and reduced caloric intake create a surefire recipe for weight loss.

If you are a chronic weed user with layers of THC stacked against each other in your fat store, losing weight by smoking cigarettes seems an incredible way to boost detoxification.

Unfortunately, it’s not clear how many cigarettes you’d need to light up to lose a pound of the THC-containing fat in your body.

But what’s clear is that ex-smokers tend to gain up to 10 pounds of fat after quitting smoking. What this means is that if you’ve been co-using cigarettes and cannabis and are planning to quit both, you could unintentionally add a few more pounds to your existing fat stores thereby making it somewhat hard to detox weed.

Also, keep in mind that cigarette smoking is never a good thing for your liver’s health and its function. Besides increasing the risk of liver cancer, the toxic chemicals in tobacco smoke can lead to cirrhosis, inflammation, and severe damage to the liver cells- the same cells that you are relying on for marijuana detoxification.