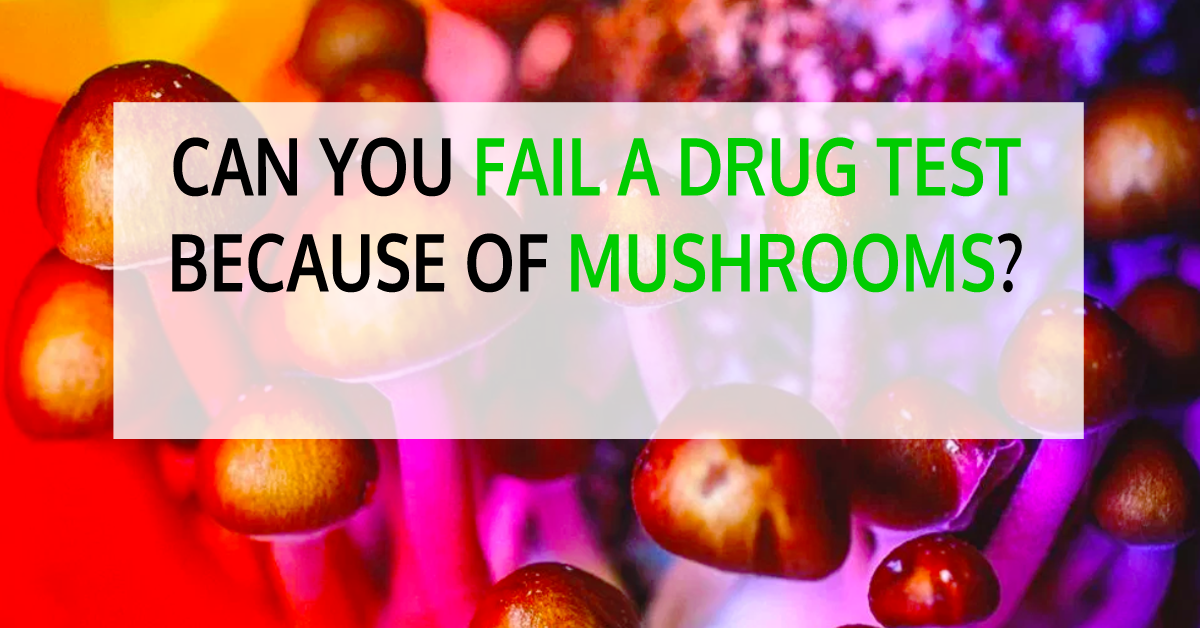 Whether you call it “shrooms”, magic mushrooms, boomers or las mujercitas, the most important thing in all these is psilocybin. This is a hallucinogenic compound found in the various species of magic mushrooms. Psilocybin is a prodrug; it only becomes active once it is ingested and metabolized in your body.

It may take between 6 to 24 hours to get rid of the psilocybin metabolites from your system. However, this does not mean that they cannot be detected in a drug test later. Detection in urine, saliva, hair follicles and blood can last days or even weeks.

The time range is dependent on a host of factors plus of course the specimen used for the test. It would be ill-advised to lean on somebody else’s experience for an upcoming test; here is all that you need to know concerning psilocybin.

Once you ingest psilocybin, it is broken down by enzymes in your body into psilocin and other metabolites. Psilocin is the key active metabolite. Most of it is then absorbed into the bloodstream via the stomach and the small intestine.

Within 20 to 40 minutes, psilocin is already detectable in the blood. The levels continue to rise for about an hour. They reach the maximum ‘high’ between 80 and 105 minutes. A steady decline then follows for about 6 hours.

By the end of the third hour, about two thirds should have been easily excreted in urine. The number of metabolites can be less than 2ng/ml by the sixth hour. This makes the 24 hours a good estimate for the amount of time that your body takes to clear the active ingredient.

However, different individuals’ body attributes and mode of administration may lead to a variation of clearance time. The remaining components may take about seven days to clear via the urine and yes, they can be detected in a drug test.

These factors can either increase or reduce the amount of time that your body takes to eliminate the Psilocybin metabolites. They can either be personal or ‘shrooms’ related

The difference between how two individuals excrete psilocybin from their bodies can be affected by age, metabolic rate, nutrition, body size, kidney function and genetics among others.

This is whether or not psilocybin is taken on an empty stomach, along with or after food. Without food, it is likely to be metabolized and absorbed faster. Given that it mainly undergoes renal excretion, your fluid intake also comes in handy.

Your food intake can also increase or reduce your urinary pH. A higher urine pH can lead to a more extended elimination period due to reabsorption of metabolites. Acidic urine, on the other hand, can speed things up.

Several factors determine your metabolic rate. These revolve around your age, body size, gender, level of activity, and genetics among others.

Old age comes with a host of disorders in the body. These include low metabolism and reduced kidney function. Older people are therefore likely to take a longer excretion time as compared to younger ones.

Body size comprises of weight, height, and fat. When two people of different sizes take the same dosage, one body is left to deal with much more about its size. Individuals with smaller body sizes and less body fat are known to secrete less quickly than their bigger and fatter counterparts.

Men generally have a higher metabolism than women due to the presence of more muscle in their bodies. Regardless of all these, some people are genetically faster metabolizers than others. Anybody can increase their metabolic rate by exercising.

Other than age, liver or kidney impairments can hamper excretion. Individuals with healthier livers and kidneys will metabolize and eliminate substances faster.

Species And Dosage Of Mushroom

A higher dosage of ‘shrooms’ will take longer to clear from the system than a smaller dosage. Different species of magic mushrooms also differ in their potency. For example, Psilocybe Cyanescens and Psilocybe Stuntzii are known to be among the species with a higher potency. They would take longer to excrete as compared to lower potency ones like Panaeolus sphinctrinus.

You can either ingest ‘shrooms’ by eating them plain, mixed with food or you can inject the extracts intravenously. When eaten, metabolism and excretion might take up to 15 hours. When injected, it may take approximately 7 hours.

Interaction With Other Drugs

Certain drugs, whether pharmaceutical or otherwise may inhibit or enhance enzyme activity. Given that the same enzymes are required to metabolize psilocybin, it is expected that the process may be speeded up or slowed down. The level of induction or inhibition may also vary from one drug to another.

How Psilocybin Is Detected In Drug Tests

Shrooms drug tests are not common. However, if the test is needed, it checks the presence of psilocin in the specimen. Urine is mostly used but other specimens like hair follicles, saliva and blood can also be used.

How Long Is Psilocybin Detectable In The Body

A urine test detects use in less than 24 hours but the time can extend up to several days especially in cases of high dosage. You might want to consider stopping usage for at least a week before the test to be on the safer side.

A saliva test can detect the presence of psilocin within 1 to 2 hours of use and remain for between 1 and 5 days. Recommended: Simple Methods to Use for a Mouth Swab Drug Test

A blood test is invasive and time-consuming which makes it a less preferred method. It provides a detectable window of within 30 minutes of ingestion. On rare occasions, it can go up to between 3 and 5 hours.

A hair follicle test is also rare. It requires some time for the growth of the 20 to 50 hair follicles (about 3cm) needed for the test. Once the metabolites become detectable, they may stick around for up to three months.

How Long Do Psilocybin Effects Last

Psilocybin causes hallucinogenic effects that last for between 3 and 6 hours. Just like the metabolism and excretion, the factors come into play. The longer your body takes to metabolize, the longer the effects will be felt. Different episodes can also not be predicted as they may also take varying durations.

What Can Cause A False Positive

If you happen to ingest the poisonous species of Amanita, Lepiota, and Galerina mushrooms, a Meixner test which is also referred to as Wieland test is used to detect the presence of toxic compounds. It uses hydrochloric acid and newspaper/telephone book paper. The results show a 100% false positive for psilocybin.