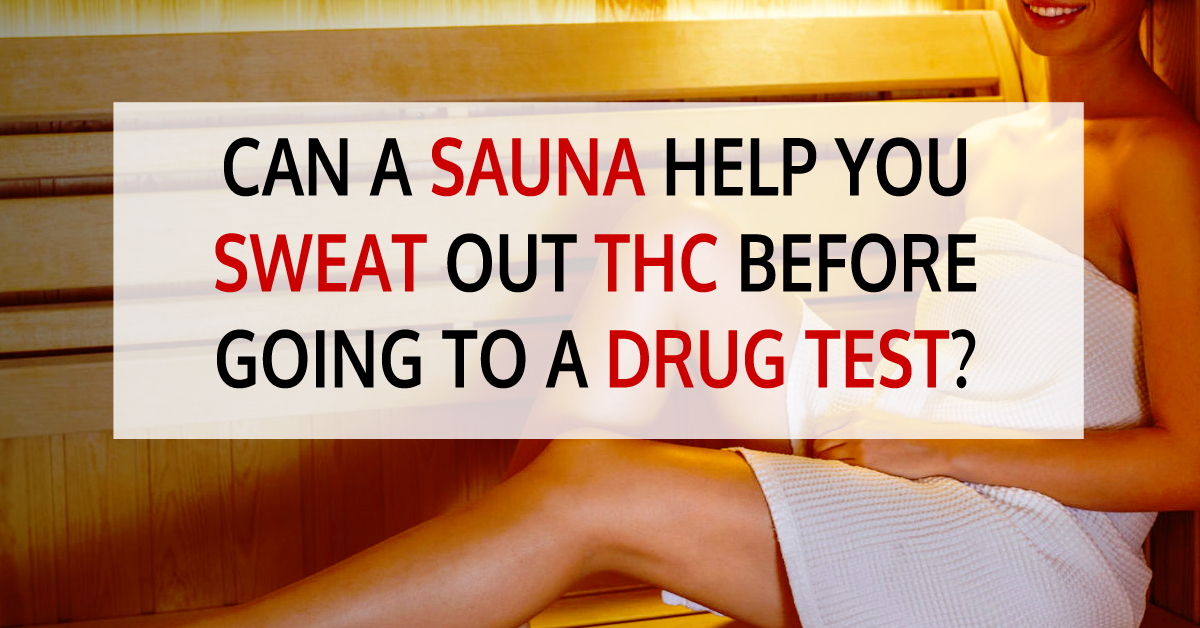 Most cannabis websites and discussion forums opine that stoners can sweat out THC to eliminate evidence of drugs during a test.

This argument stems from the fact that THC is stored in fat cells. They claim that sweating can delink THC from the fat cells for removal through sweat.

But how true are these claims? Are there cannabinoids in sweat?

If so, is this a reliable method for passing a drug screening test?

This article answers these and more questions on the issue of sweating THC out.

Why People Think That Sweating Helps To Get Rid Of THC

There are two major facts that people who believe in this method base their argument on;

According to this school of thought, as water is filtered through the blood capillaries of the sweat glands, it brings out drug metabolites among other impurities for removal as sweat.

This is partly true!

Also known as perspiration, sweat consists of water plus tiny amounts of other substances such as ammonia, sugar, and salt.

For people who use drugs, sweat might also contain traces of some particular drugs such as cocaine, amphetamines, and opiates.

Since the above drugs are detectable in sweat, people tend to argue that the THC metabolites can also be eliminated from the body simply by sweating in a sauna.

Is this true? The simple answer to this is YES and NO.

As we have explained in our other article of Cannabis Metabolism, after ingestion, cannabis undergoes a series of processes for conversion into different types of metabolites.

The resultant metabolites have varying structural properties that affect the way the body deals with them and their ease of movement across membranes.

Therefore, what you need to understand is how the body handles THC and the type of THC metabolites that can be removed through sweat.

Need Relief After Your Drug Test?

For some people, detoxing from cannabis over time can lead to moderate withdrawal symptoms. If you have time to prepare for your drug test, or if you’ve already passed and are looking for relief without the THC buzz, be sure to check out our line of drug-test-safe CBD products:

THC (▵9-THC) is the main active ingredient in cannabis.

After ingesting marijuana (either through inhalation or orally), the liver starts working on THC to convert it into different metabolites.

The first phase of this process involves oxidizing THC into a highly psychoactive metabolite called 11-OH-THC (read as 11-hydroxy-THC).

The resultant metabolite is further oxidized into a secondary metabolite known as 11-COOH-THC (read as carboxy THC).

In the second phase, the THC-COOH is connected to a glucuronide molecule to form THC-COO-glucuronide.

Here is a simplified version of the information above

As we told you before, the different structural properties of the metabolites above affect their ease of movement across membranes.

Of course, the excretion of any of the above metabolites through sweat will be determined by whether or not it can be filtered into the sweat.

That’s what we’ll be looking at in the following subsections.

THC (Tetrahydrocannabinol) is rapidly absorbed in the lungs after inhalation.

As such, it is easily detectable in blood plasma throughout the body almost instantly.

A study on the Excretion of THC in Sweat proved that THC is present in sweat.

This experiment involved 11 daily cannabis users who were on monitored abstinence.

Sweat was collected using patches and tested for THC by GC/MS method.

According to the results, the sweat from the subjects recorded THC concentrations of above SAMHSA cutoff of 1 ng/patch.

This is enough evidence that THC can be eliminated through sweating.

Unfortunately, there are a few snags to this. First, it’s not easy to quantify the amount of THC that is excreted via sweat.

This makes it impossible to determine how long you’d need to stay in the sauna to be able to lower the amount of THC in your blood significantly.

In the study above, 8 of the subjects tested negative for THC after the first week.

On the other hand, one of them took over four weeks to test negative for the same metabolites.

This is an indication that the excretion of THC through sweating differs from one person to the other.

Among other factors, this might be caused by the amount of THC in your blood and adipose (fat) cells.

Secondly, the researchers in this study also found that oral ingestion of up to 14.8mg of THC did not lead to a positive sweat patch test as expected. Therefore, it’s safe to argue that people who ingest cannabis orally may not be able to excrete THC by sweating.

In another study published in the same journal (NIH), researchers wanted to determine cannabinoid concentrations in the sweat and saliva of 198 injured drivers.

But none of them had detectable amounts of 11-OH-THC and THC-COOH in both sweat and saliva. While this is not proof of an absence of 11-OH-THC in sweat, it suggests that the amount excreted through sweat is way below the detectable levels.

Also known as Carboxy THC, this is an inactive form of THC. Being inactive means that it cannot get you ‘stoned.’

Worth noting, this metabolite has a much higher concentration in the blood plasma than the first two cannabinoids.

THC-COOH is highly fat soluble. Thus, it is easily absorbed in fats when its concentration in plasma is high and later released into the blood when the concentration is low.

Surprisingly, this does not automatically lead to a higher concentration in sweat.

This means that THC-COOH is almost inexistent in perspirations.

A good reason for this is at blood plasma is slightly alkaline with a pH range varying from 7.35 to 7.45.

As a result, the THC-COOH metabolites in blood plasma exist as negatively charged ions (THC-COO-).

This makes it quite hard for THC metabolites to diffuse and cross through into the sweat gland for excretion.

On the same note, sweat is slightly acidic with a pH range of between 4.5 and 7.

Therefore, even if the THC-COO- ions were to go through the membrane into the sweat glands, they would still be converted into their unionized form for absorption back into the plasma.

This is the largest and most polar of all THC metabolites. Its large size makes it hard for it to diffuse easily through the membrane into the sweat. As such, it is mainly removed through the urine.

This is what the lab technicians look for during urinary analysis.

The fact that THC can be found in sweat as some scientific studies prove shows that one can get rid of it simply by sweating.

But will it help you pass a drug test? We bet it won’t.

As we have just seen, only THC can diffuse into the sweat glands for excretion through the skin. But none of its metabolites are filtered through the membrane. This means that irrespective of how long you stay in the sauna, you’ll only be able to excrete THC, not its metabolites.Unfortunately, urine tests look for THC-COO-glucuronide metabolites, and these can only be removed through the urine.

On the same note, while it’s true that you can sweat THC out, keep in mind that it is highly fat soluble.

This means that the amount that is available in the blood plasma is just a small fraction of the total load held in the fats.

Again, contrary to most people’s belief, sweating in a sauna does not boost the metabolism of fat. So, the THC in fats won’t be released simply by sweating.

To answer your question, YES you can sweat out THC, but this won’t help you pass a drug test.

The amount of THC that is excreted through the skin is negligible to what remains in the fat cells.

But the worst bit is that most THC metabolites are excreted through urine, and that’s what the lab technicians go for.

So, no matter how much THC you sweat out, the metabolites in the urine will still fail you during the test.

If you are looking for a surefire way to pass a urine drug test, try dilution.

This is a tried and tested, cheap, safe, and easy method that involves taking a lot of water and frequently peeing some hours before the test.

However, it requires a wise approach since you need to mind several components of your urine including the color, pH, and creatinine levels. 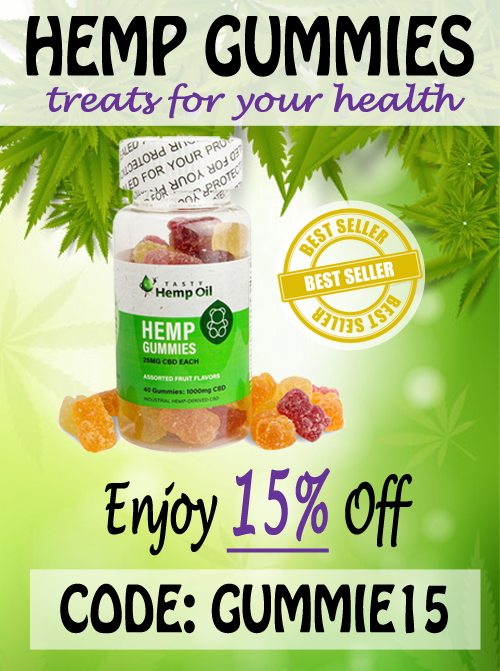